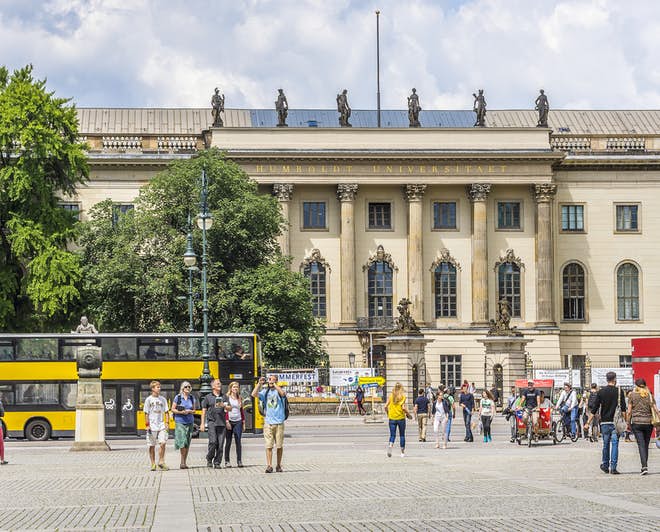 Art is an Explosion! It is an explosion of creativity and ideas that has the possibility to change the world.

"It opens your eyes to the domain of the transcendent... A real piece of art is a window into the transcendent... that's what it is... and you need that in your life because you are finite and limited, and bound by your ignorance and your lack of knowledge. And unless you can make a connection to the transcendent then you don't have the strength to prevail.": Jordan Peterson Canadian clinical psychologist

These few words by Jordan Peterson perfectly explain what the life of an artist is and what art is. It is a window into the transcendent. Contrary to common belief, art is not just about grabbing a brush and painting. Nor is it just about creating portraits. Art includes every creative field, including music, dance, drama, and literature. Maybe this is the reason why many people seek higher knowledge in the world of art, especially from top educational destinations like Germany. Maybe this is the reason why people seek to join Bachelors of Art in Germany.

Requirements for Bachelors of Art in Germany and available courses! 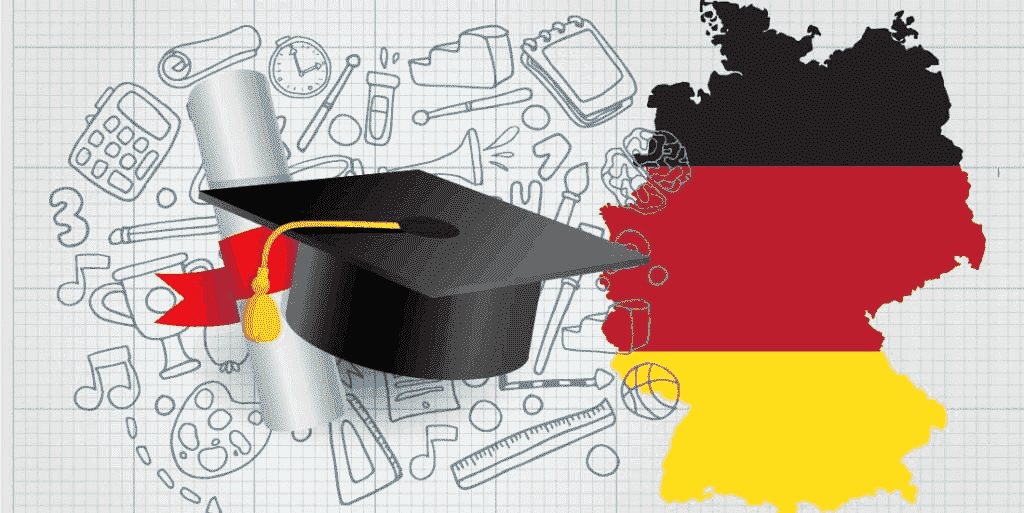 In addition to this, you should also have a qualification of either TOFEL or IELTS for being eligible to study Bachelor of Art in Germany. Now, if you have all of these requirements, you can choose from a list of 168 programs when it comes to studying BA in Germany. Some of these programs are:

Besides these, you can choose from a wide range of literary subjects as well. 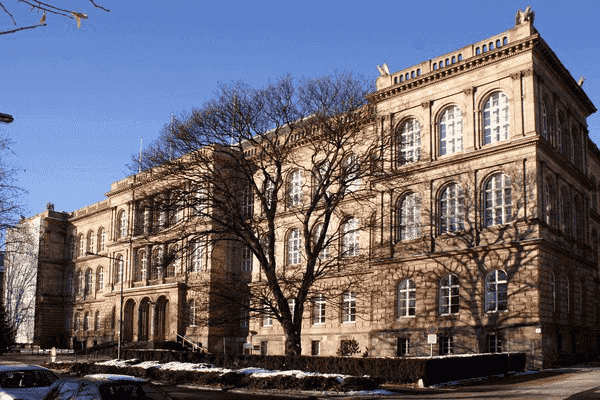 Without any further ado, let's move on to the list. 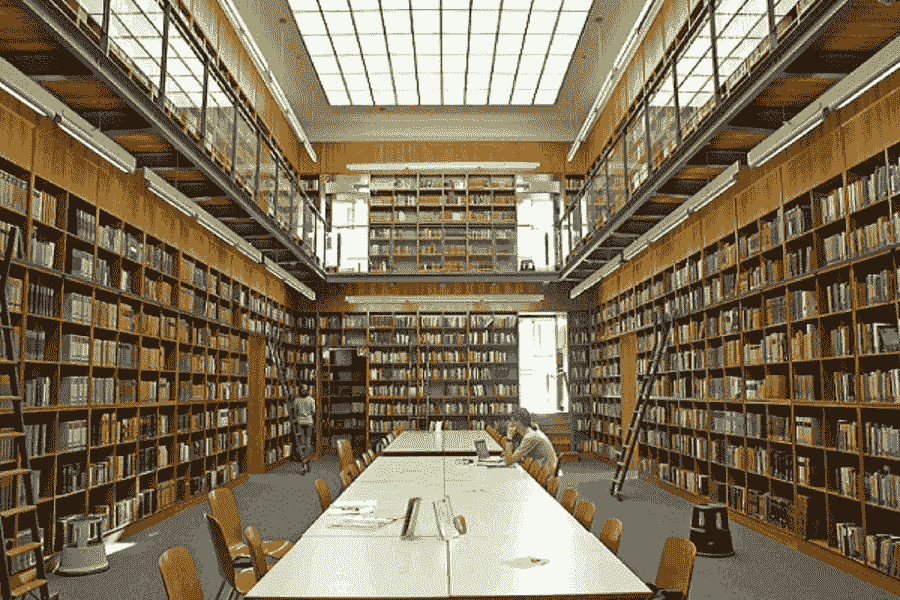 This is one of the oldest Universities in both Germany and in the world. Tracing its history back to the late 15th century we can say that this university has seen the transition of around 28 eras of art. While the exact eras of art are a debatable topic, it is no doubt that the dominant art form has changed quite a bit since its establishment in 1472.

Due to its rich history, this Art University in Germany has gathered tons of experience and knowledge to teach art to its students. As we said earlier, art is an explosion, but even an explosion needs to be fueled by something for it to release its true beauty. And the University of Munich Provides the perfect fuel for its young artists to show their beauty.

This university is generally free with the exception of a few courses which don't include a BA. The education in this Art university in Germany is semester based and BA runs for a total of 6 semesters each taking an average of 6 months. 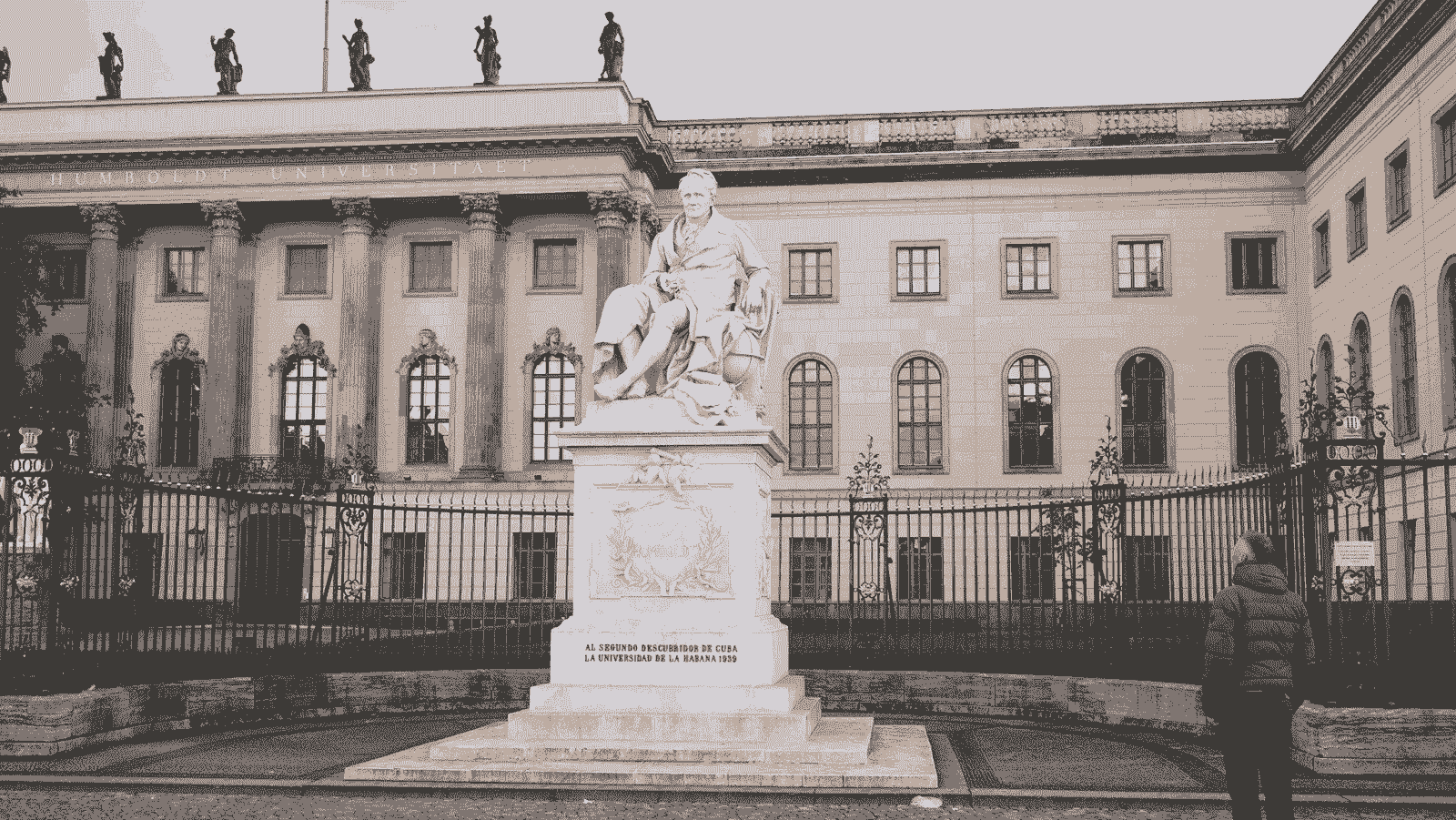 While not as old as the University of Munich Humboldt-Universität Zu Berlin can still be considered experienced. Established in 1810, one of its campuses, Campus Mitte is known for specializing in Art and Humanities. This campus has a wide collection of over 30 million objects which includes a private library of the Brothers Grimm. For those who are unaware of who the Brothers Grimm are, they are best known for their Kinder- und Hausmärchen, also popular as "Grimm's Fairy Tales".

Along with this impressive library, it is also known for its education and inspiration among artists. By providing its art students with knowledge from the past and leaving them free to think of their own creative ideas with an aim to move towards, Humboldt-Universität Zu Berlin is indeed one of the best Art Universities in Germany.

As for its fee structure, Humboldt-Universität Zu Berlin doesn't charge its students for tuition fees. Rather, this University takes a relatively low semester fee. But that being said, this method of charging low semester fees instead of high tuition fees is commonly done in a lot of Public German Universities. 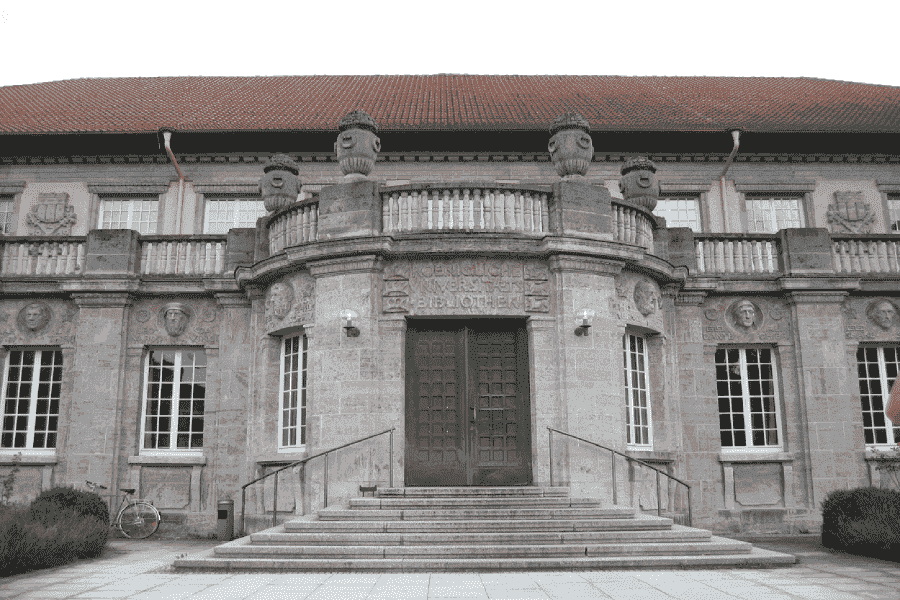 Due to its rich history and a collection of the whole sleuth of expertise, this university is more than qualified to be one of the best Art Universities in Germany. Alongside the drawing aspect of Art, Eberhard Karls University is also well equipped to teach its students literary arts as well. For this, they have courses like Protestant Theology, Catholic Theology, Philosophy and History, Modern Language, and Psychology.

Along with this, Eberhard Karls is a university that is well renowned for its research in Science and Humanities. As we all know, arts are usually considered a part of the Humanities.

When we take all of these into account i.e history, qualified personnel, designated courses, and popularity from research in Humanities, this is indeed one of the best Art universities in Germany. 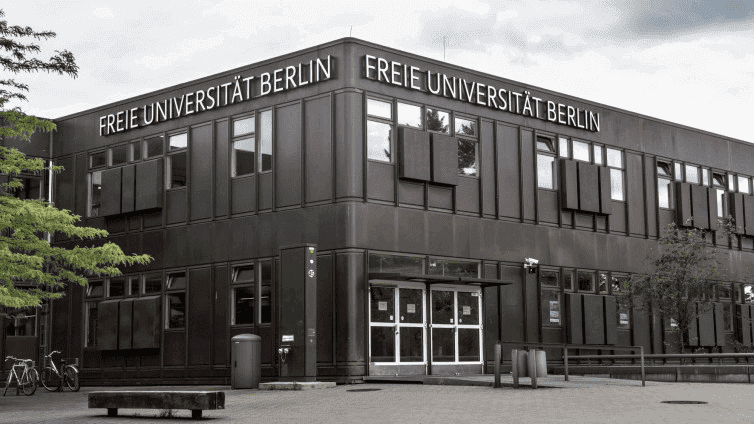 Freie Universität Berlin is a rather new addition to the Best Art University in Germany, at least when it comes to its establishment date. Established in early 1900, this university has 11 academic departments which include Art and Humanities as well. Similar to a lot of other Public Universities, Freie Universität Berlin does not charge fees for education for most degrees.

Although the primary language of education in Freie Universität Berlin is German, BA is taught entirely in English. This is good news for those who want to Bachelor of Art in Germany because this university doesn't require proof of German Language Skills. As with most universities, the arts degree in Freie Universität Berlin is semester-based. BA is taught for 6 semesters with the exception of Italian Studies, French Studies, lasting 7 semesters, and Japan Studies, Korean Studies lasting 8 semesters.

Around 600 international scholars and scientists are invited to this university each year to enhance the experience and knowledge of their students.  These scholars serve as either teachers or researchers. 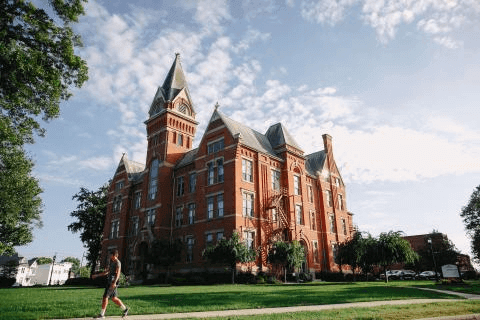 Similar to the previous two, Heidelberg University is filled with historical knowledge and experience. Along with its rich history and experience, this university is home to a dozen academic divisions. Among these divisions, we can find four that are related to art and humanities. They are:

Similar to all of the Art Universities in Germany here, the education here is semester-based. The majority of undergraduate courses including BA are taught in the German Language at Heidelberg University. So if you are looking to study BA at this University, you should be fluent in the German Language before you enter. Since this is a public German University, students are not required to pay tuition fees. Instead of this, they are required to pay comparatively fewer semester fees. As we discussed before, the majority of Public Universities in Germany do ask for a small amount of semester fee.

This art university in Germany is cheap, it has a long history, an expert professor, and is focused on art and Humanities courses. Once we consider all of these, we can easily see why Heidelberg University is one of the best Art universities in Germany. 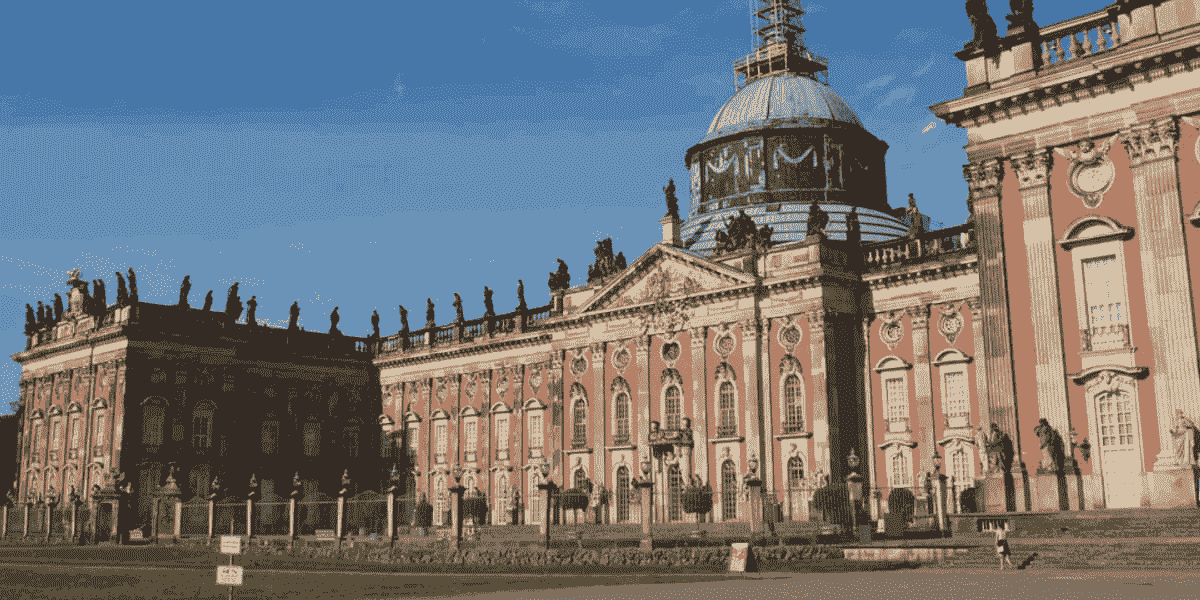 The University of Potsdam is one of those few Universities in Germany that is primarily known for its education in Libera Arts and Science. This is the largest University in Brandenburg. Due to its excellent teaching methods, this university was the winner in the "Excellence in Teaching '' initiative of Stifterverband für die Deutsche Wissenschaft back in 2009.

While it has been some time since it won this title, the education quality has not decreased one notch. On the contrary, this University has been constantly upgrading its education and producing qualified artists. AS we mentioned earlier, the Bachelor of Art in Germany is not just about painting and sketches, it is about literature as well. And the University of Potsdam is among those that focus on the literary side of Art. They offer courses such as:

This university has established itself in three locations and among them, the Philosophical faculty is located at New Palace on the edge of Sanssouci Park. 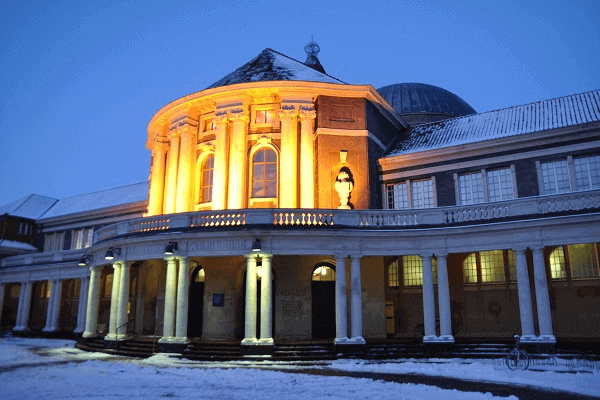 The University of Hamburg is one of the best Arts Universities in Germany.  Thanks to its large number of qualified staff, and numerous committees which keep the education and discipline of this university in top condition, the students here are encouraged to think and experiment with their ideas.

As one of the largest institutes for research and education in Northern Germany, this university is widely known for its interdisciplinary projects. That being said, they do focus on their faculty of humanities as well. And similar to the University of Potsdam, this university is more focused on the Literature part of Art rather than the graphical one. They have faculties for:

With the concept of Blended Learning, students can study art time in most of their degree programs. This means that you can take multiple courses at this university if you choose to. While there are some courses available in English, you need to prove that you have an intermediate level of proficiency in the German language to enroll in this Art university in Germany.

With this, we have come to the end. These are 7 of the best Art Universities in Germany. But while these universities do indeed provide the best environment to learn art and literature, it should be noted that students' effort also plays a huge role in their success. At the same time, we also mentioned the B1 and B2 German Language courses.

If you are curious about what they are, you can follow this up with: 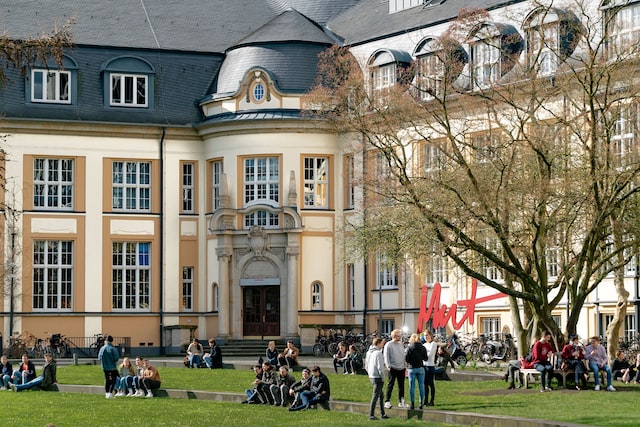 Everything About NC and No NC in Germany You Must Know ! 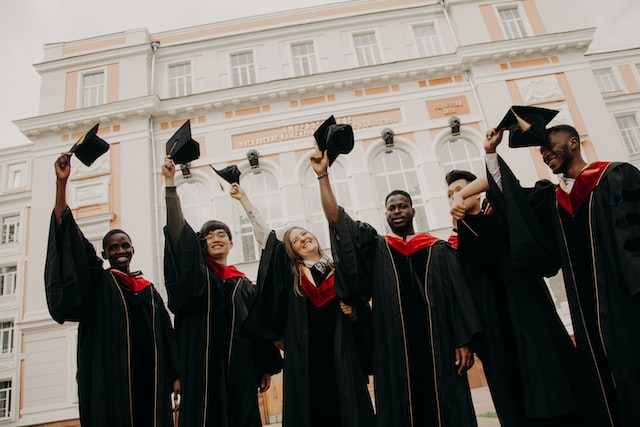 2022 Guide to Masters In Germany for an International Students

An Overview of Study Masters of Mechanical Engineering in Germany

We are best german consultancy in Kathmandu helping and counselling you to study in Germany from Nepal. 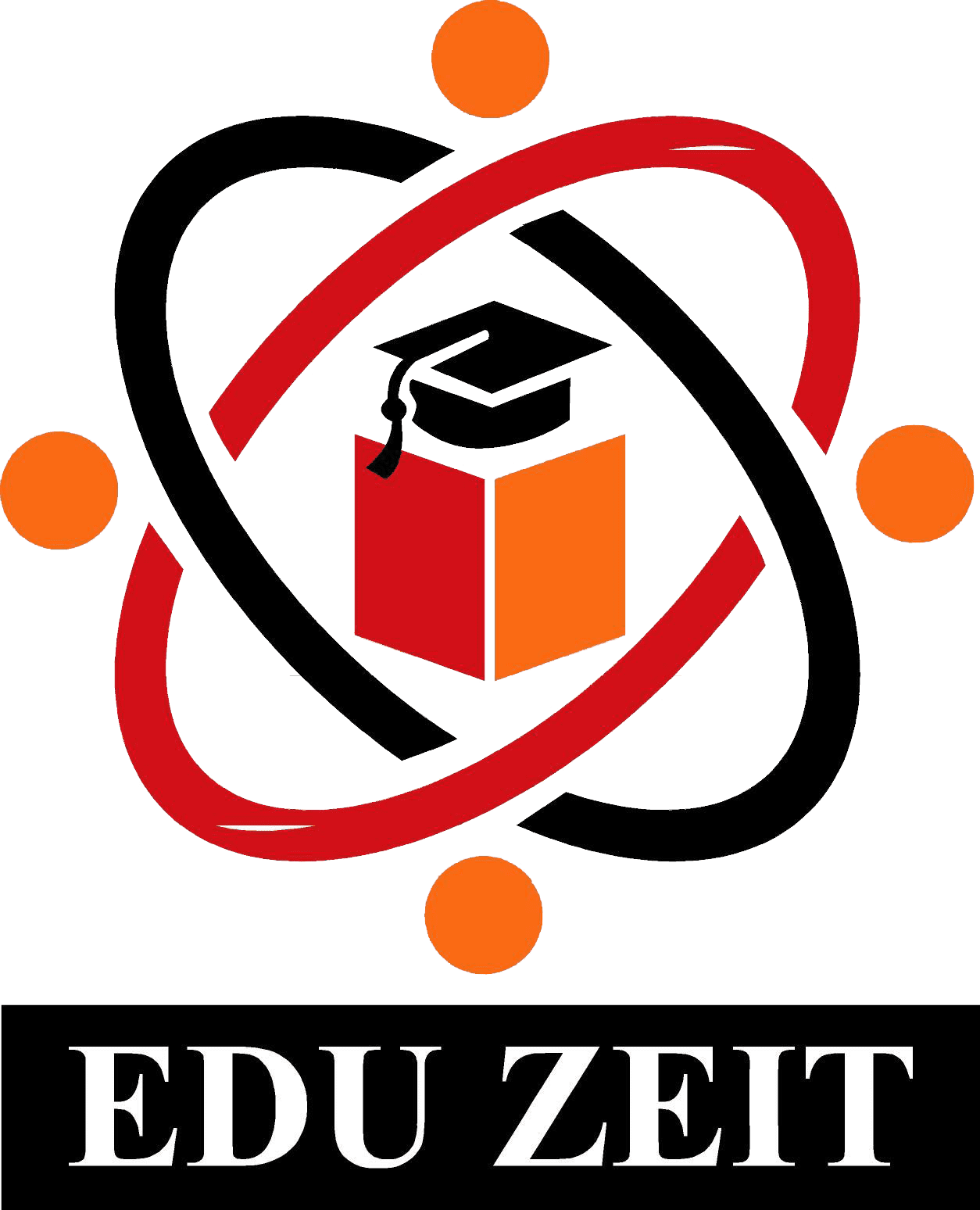